No Result
View All Result
Home internet of things

Internet Of Things: About, applications and implications

158
SHARES
2k
VIEWS
Share on FacebookShare on Twitter
How would you feel when at the exact time you ought to get up and from your bed and prepare for work, your clock communicates your bed and it starts making you feel uncomfortable(through vibrations or any other means) and wakes you up?
The internet of things is a computing concept used to describe an environment in which every physical object (e.g. cars, tables, bridges, animals, etc) communicate i.e.  Collects and exchanges data with one another without humans operating them, in other words, machine to machine interaction. This is built on networks of devices and other physical objects you can thing of using sensors to detect changes in the environment, then interpret them and relay them to other devices or physical objects possessing sensors also. In this, everything on the surface of the earth will possess its own ip address with which it can be connected to by other things via the internet. 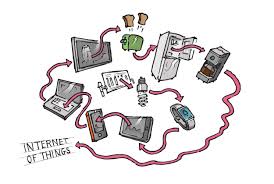 The phrase “Internet of things” was first used by KEVIN ASHTON, an expert on digital innovations in 1999. These objects are connected to cloud based applications on the internet which interpret signals from sensors on objects and sends a corresponding signal to other objects.
This indeed will mean a lot for the world because; it will make everything “smart”. We will have smart televisions that will turn themselves off whenever they sense that no one is watching them, smart office chairs that could send data to our phones whenever it senses that it is time for us to sit on them and we are not seated on them, etc.
POSSIBLE APPLICATIONS OF INTERNET OF THINGS (IOT)
11.      In security: Smart devices that can detect illegal entrance of people into unauthorized areas. Devices which can sense danger either from buildings that are about to collapse, fire outbreaks and other related dangers and signal devices worn by people of possible danger.
22.  Traffic and accident control: Smart cars connected to smart traffic lights that sense the number of cars on each lane and then decide on which light to show and which lane to allow passage instead of the normal scheduled time. Also, smart roads and bridges can send signals to cars alerting them of some cracks on them and suggest possible escape routes to avoid accidents. 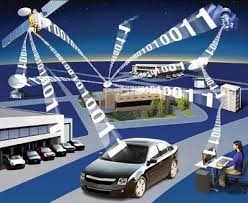 They can also alert cars of traffic congestions on them, and suggest other routes to same destination which are less congested. The biggest one here, sensors on cars, Lorries and motor cycles can be made to automatically stop whenever it is some meters away from another one to ensure that accident rates are minimized.
In agriculture: smart devices can be used in livestock production to track locations of animals at any point, in animal houses to ensure that the required conditions for their healthy growth and development are maintained which will ensure higher productivity and profit. Also, it can be applied in plant production; smart irrigation can help save water resources by ensuring that water is distributed to areas that are dry.

Again, in green house farming; conditions necessary for the growth of vegetables and other plants could be ensured using smart green houses. Atmospheric weather conditions are already being monitored and specific seasons for planting specific crops are predicted to ensure that little or no losses are experienced in farming.
Improved living conditions in homes: Appliances used at home can be made smart so that they help save energy and prevent domestic accidents. Example: as mentioned earlier, a smart television which can turn itself off and on whenever  nobody is watching it and whenever it senses someone respectively, could save the amount of energy consumed at home thereby reducing the cost of living and improving the standard of living. Also, systems that can detect illegal intrusion, fire outbreaks, sense inadequate ventilation, etc would help improve living conditions in households. 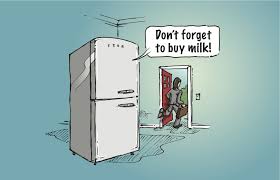 5.  Smart healthcare: Smart pills are already available and are used to monitor the health conditions of people. Performance, mental conditions and heart beats of sportsmen can also be monitored. Internet of things can also be applied in monitoring the conditions of patients inside hospitals and in old people’s homes.
Other applications include:
Industrial activities control.
Smart environment; where environmental pollution is monitored and controlled by smart devices, waste management processes automated, street lights made smart to save energy, motor cars made smart to ensure that less toxic gases are released to the atmosphere, etc.
Advantages of internet of things:
1.    Helps prevents waste of resources.
Reduces cost and losses. 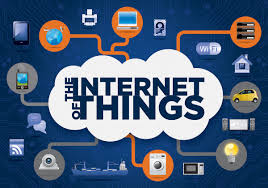 3. Will help preserve our environment and increase longevity of humans.
But, the big questions that are continually asked are:
“Is internet of things attainable? If yes, to what extent? Will its services be free or paid for? If paid for, what will be the fate of the ordinary man on? Is it secured and hackers proof or can it be easily hacked?”
Share63Tweet40Share16