501
SHARES
6.3k
VIEWS
Share on FacebookShare on Twitter
Over the weekend, so many political parties in Nigeria conducted their primary elections for the various political positions that will be contested for come 2019. This was due to the deadline of 7th October given by the independent national electoral commission (INEC). 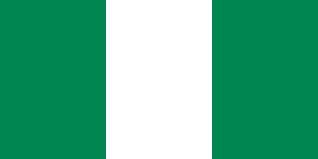 There are so many speculations about the outcome of the primaries but after all, said and done, results were released and Nigerians are getting ready for the elections. On this article, we would be looking at the list of presidential aspirants for the different political parties that presented candidates, with their portfolio and all you need to know about them.

Muhammadu Buhari – All Progressives Congress (APC): Buhari, as we all know, is the current president of Nigeria and a one-time Military head of state (1983-1985). He hails from Daura, Katsina state and has held numerous positions in government. He was born in 1942 and has been known with his fight against corruption in Nigeria.
He has achieved the following:
He is non-arguably the most experienced contestant for the position judging from the numerous political positions he has occupied.
Alhaji Atiku Abubakar – People’s Democratic Party (PDP): Atiku, born on November 25, 1946, is a man known for his building bridges of national unity across regional and religious lines in Nigeria.
He has also occupied some political positions in the past and has numerous achievements which include:
Donald Duke – Social Democratic Party (SDP): born on the 30th September 1961 in Calabar, Duke is a great man and was once the Governor of Cross River State from 1999 to 2007.
Among his achievements include:
Omoyele Sowere – African Action Congress (AAC): Sowere is a known media mogul, Nigerian human rights activist and the founder of a Nigerian online news channel the Sahara Reporters.
He is well-known for the proposition that once he wins the presidency, Nigeria will begin the exportation of weed to countries where they are needed for medical purposes.
The 48 years old man has achieved a lot, some of which include:
Fela Durotoye – Alliance for New Nigeria (ANN): Fela Durotoye is a well-known name when it comes to public and motivational speaking in Nigeria. He is a 47-year-old man from the southwestern part of Nigeria and has been the key advocate of building a new Nigeria since 2014.
His achievements include but not limited to:
Obiageli Ezekwesili – Allied Congress Party of Nigeria (ACPN): born on April 28, 1963, Obiageli Ezekwesili hails from Anambra State and has been known for her activism- the most recent being that of the BringBackOurGirls campaign.
Her achievements include:
Kingsley Moghalu – Young Progressive Party (YPP): Kingsley Moghalu is a 55-year-old Igbo man who served as the deputy governor of the Central Bank of Nigeria from 2009 to 2014. He is a professor of Practice in International Business and Public Policy at Tufts University, attended the University of Nigeria Nsukka and LSE (Ph.D.).
He is the current president of the Institute of Governance and Economic Transformation and a former United Nations official. He has received the prestigious honor as the officer of the Order of the Niger (OON) and is a fellow of the Chartered Institute of Bankers (FCIB) of Nigeria amongst other numerous awards.
Do you think Kingsley can be the next president of Nigeria? Let us know in the comment section below.
Mrs. Eunice Atuejide – National Interest Party (NIP): Mrs. Eunice the founder of the National Interest Party is also among the contestants for the 2019 Presidential elections. She is an interesting personality owing to her numerous qualifications and her age.
She is just 39 and has achieved the following academic and societal feet:
Others include:
Ahmed Buhari – Sustainable National Party (SNP)
Alistair Soyode – Yes Electorates Solidarity (YES)
Edozie Madu – Independent Democrats (ID)
Hamza Al-Mustapha – People’s Party of Nigeria (PPN)
Obadiah Mailafia – African Democratic Congress (ADC)
Prof. Peter Nwangwu – We the People of Nigeria (WTPN)
Olusegun Mimiko – Zenith Labour Party (ZLP)
Prince Eniola Ojajuni – Alliance for Democracy (AD)
Tope Kolade Fasua – Abundance Nigeria Renewal Party (ANRP)
Dr. Adesina Fagbenro-Byron – Kowa Party (KP)
Gbenga Olawepo-Hashim – Alliance for People’s Trust (APT)
Moses Shipi – All Blending Party (ABP)
Alhaji Ibrahim Usman – National Rescue Movement (NRM)

Animation Maker: The Best Place To Hire Them Online

Where Is Big Brother Naija (BBN) 2020 House Located in Lagos?

Email Ethics To Ensure That Your Email Is Opened And Read